This little village on the shore of the Baltic Sea has long been regarded as Poland’s most fashionable seaside resort, frequented by the artistic elite and even by the Polish president in his time off from running the country. Several five-star hotels are available along the two wide sandy beaches (there is a beach on either side of the Hel Peninsula). The village also offers plenty of boutiques and tourist shops, as well as stylish cafés and bars. 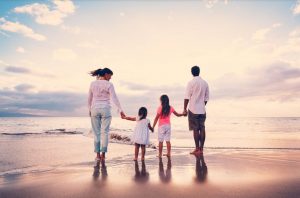 Jurata is often named, and quite justifiably, the Pearl of the Polish seaside. Though dominated by lavish hotels and deluxe cottages, it is still possible to find some two or three-star hotels in the village. It is here that the President of Poland maintains his summer residence, and many celebrity actors and politicians are seen in Jurata on a regular basis as well.

Expansive beaches – one on the open sea side, the other on Puck Bay – are appealing to families with small children. In summer, when people flock to the resort, Jurata gets crowded and a little bit loud, but nonetheless has a bustling charm all of its own. As the resort is small you can fully explore it fully by strolling or cycling around. The surrounding pine forests give Jurata a specific character and are good for walking in fresh air. For romantic couples, there is nothing better than ending the day with a moonlit walk on the pier. There are also clubs and restaurants inviting you to spend an enjoyable evening there.

There is indeed no other resort like Jurata on the whole Polish coast, but if you want to experience something different while here then you can use the train connection to the Tricity – Gdansk, Gdynia and Sopot.

Jurata is located in northern Poland (the Pomeranian Voivodship), about 90 km from Gdansk, 10 km from Hel and 3 km from Jastarnia. It is small, with only 550 inhabitants or so.

The village has a unique geographical location as it lies at the narrowest point of the Hel Peninsula – the distance between the beaches on either side of the peninsular is only several hundred meters. The Hel Peninsula is a sandbar some 35 km in length and covered with pine forests and dunes. Some 5 km north of Jurata is the highest sand dune of the peninsula, at 23 m tall. The highest dune near Jurata rises some 15 m above the beach.

The legend about the naming of the village says that once upon a time there was a magnificent palace on the bottom of the Baltic, where dwelt Jurata, the beautiful Queen of those waters. A fair ruler, she was devoted to the good of her subjects. When she was served flounders, her favourite food, she would order the fishermen to throw half of them back into the sea. Perhaps this is the reason why flounders are so oddly shaped.

Upon learning that a fisherman was seen at the mouth of the river spreading his net, the queen became angry to the point that she resolved to kill him for transgressing her laws. Something very different happened, though. When she cast her eyes on the young fisherman she instantly fell in love him. Every evening from then on the queen met her true love on the shore. But jealous Piorun, the god of thunder, made sure that their happiness did not last long. Hurling down thunderbolts he destroyed the under-the-sea palace, killed the queen and her courtiers, while the fisherman was chained to the sea bottom. Even now, during a storm, you can hear his moaning, while the amber brought ashore by the waves of the Baltic is believed to be pieces of Jurata’s palace.

And now for the history of the town itself. At the beginning of the last century, in place of Jurata there were only virgin dunes, pine forests and a sand road leading to the village of Hel. It was not until the inter-war era that the peninsula gained popularity among artists, politicians and affluent professionals as a fashionable holiday destination.

The region’s healing climate and scenic landscapes were appreciated by a group of industrialists, who in 1928 established a joint stock company by the name of “Jurata”. After they took the lease for 150 ha of state land on the Hel Peninsula, they began rapid work to create a great seaside resort on a European scale.

Luxurious private villas and hotels were built, and in this way the most modern resort of pre-war Poland came into existence. The first summer season was opened with all the pomp in May 1931. In the early years the best-known and most exclusive hotel was the “Lido”, accommodating celebrities from the world of culture and politics.

Would you like to visit Jurata? Browse the catalog of Poland tours
Check our best tour
Escorted Tours Poland