About 90 km north-east of Warsaw lies the tiny town of Brok, surrounded by beautiful and vast forests. Known as one of the smallest chartered towns in Europe, it provides a cosy village-like atmosphere and lots of space to spend active breaks and to relax away from city turmoil. 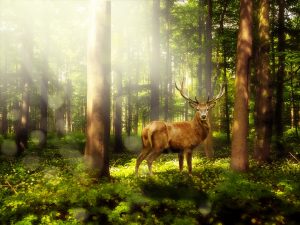 With less than two thousand permanent inhabitants and a lack of industry, Brok is mainly a holiday destination, recommended for those who can appreciate its out-of-the-way setting and calm environment. The Gothic church of St Andrew the Apostle from the 16th century with its Renaissance influences and the old town hall are the sole, but at the same time interesting, historical sights.

The biggest advantage of Brok is its location in the heart of the Nadbuzanski Landscape Park, the largest area of its kind in Poland. Within its borders is the Puszcza Biala primeval forest, only a short distance from Brok, as well as 13 natural reserves. This extensive wooded area forms good conditions to spend time cycling or walking as you can find plenty of marked trails in the neighbourhood. You may also like to try a boat trip along the Bug River.

The town of Brok belongs to the Masovian Voivodship, and its name comes from the nearby Brok River, which flows into the bigger Bug River. The town is perched on a high bank of the Bug, providing picturesque views of its meanders.

Brok first appears in the records in 1233, and in 1501 it received town rights from the bishops of Plock. The town was the main centre of the Masovia in these times, and for a while it was even the seat of Plock bishops. One of these, Henryk Firley, built a castle there in the 17th century. Now all that left of the castle after it was burnt down, dismantled and ruined, is a fragment of a tower.

Brok owed its great prosperity, even back in the middle ages, to its location by the water-borne trade route from the Baltic Sea to the Black Sea, which at the time ran along the Bug. Consequently, it started to play a role as one of the most important towns of Masovia. After the Swedish-Polish wars its position gradually declined, until in the 19th century the Russian authorities decided to remove the town rights and hence make Brok into a village again. While the chief cause of this loss of status was the economic recession, the tsarist officials took this opportunity to punish those locations that supported the January Uprising against Russia.

Changes for the better occurred in the early 20th century when doctors discovered the healing features of the local climate. The most prominent supporter of Brok’s beneficial air was Professor Tadeusz Wiktor Janiszewski, the first health minister of Poland after World War I. During interwar period the town attracted many holidaymakers, resulting in the doubling of its population during the warmer months. Despite serious damage caused during World War II, it remained a holiday destination and partly managed to regain its popularity in the years following the war.

Would you like to visit Brok? Browse the catalog of Poland tours
Check our best tour
2023 dates available
Escorted Tours Poland