Iwonicz is believed to be one of the oldest spa towns in Poland. Nowadays it helps people with rheumatic, neurological and women’s diseases, as well as with respiratory and digestive systems’ problems. Curative mineral waters and specific microclimate make a stay in Iwonicz a great opportunity to take care of oneself. 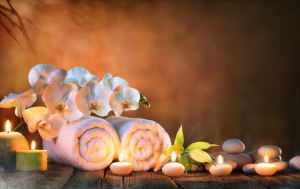 Iwonicz-Zdroj is a famous Polish spa with numerous fango bathrooms and water pavilions. Apart from that, due to the town’s many foot and bike trails, it is a perfect place for both active visitors and nature lovers. The most popular and picturesque foot trails are: the Main Beskid Trail (Polish: Główny Szlak Beskidzki, route: Iwonicz-Zdroj – Rymanow-Zdroj, walking distance: approximately 2.5 hours), Rymanow-Zdroj (2 hours), Klimkowka (1:10 hour), Zabia Mountain (1 hour) and Grabinski Forest (1:30 hour). While in here, one should also go for a bike trip on 24-kilometre-long trail called Szlak między Zdrojami. It leads from Iwonicz-Zdroj, through Klimkowka, Rymanow, Rymanow-Zdroj and Balucianka.
Iwonicz-Zdroj may also boast of many monuments. The most interesting one is undoubtedly St. Ivo and St. Mary Health of the Sick Church from 1895. It was designed by Austrian architect Favorger. The chapel is a perfect example of a wooden church with the neo-gothic features in the Subcarpathian Voivodeship. There are also numerous memorials in Iwonicz. They are among others: the obelisk in the memory of Karol Zaluski, the reviver of the spa, from 1860, the memorial of Wincenty Pol from 1875 and the obelisk of Wladyslaw Belza.

Iwonicz-Zdroj is a town in the Subcarpathian Voivodeship, in Krosno County, with the population of 1,890. It lies in the Lower Beskids, in Iwonicki Stream Valley, at the altitude of 410 metres above sea level.
Iwonicz-Zdroj has good transport connections with Krosno, Jaslo, Katowice, Kielce, Krakow, Lezajsk, Lublin, Lodz, Rzeszow and Ustrzyki Dolne. It is also a good start for a trip to Warsaw or sightseeing Krakow.

Iwonicz is one of the oldest spa towns in Poland. The first records about this place come from 1413, and it was for the first time called a spa in 1578. In 1630 doctor from Przemysl Jan Sechkini described the values of Iwonicz’s waters and their medical indications. The waters were also mentioned in 1633 by Przemysl Bishop Firlej.
Many armies marched through Iwonicz. They were Hungarian (1474), Tatar (1624), Swedish (1655-1656) and Transylvanian (1657) troops among others. During the partitions of Poland (1769-1772) these terrains held bloody battles between Catherine the Great’s troops and Bar Confederates supported by the locals and owners of the Ossolinski’s Spa.
After the first partition of Poland in 1772, Iwonicz was joined to Austria. At that time the place became known as a spa. It was then that the building of the first spa and bath installations and the erection of pools and bathrooms began.
During the Second World War Germans came to Iwonicz and placed the Wehrmacht 231 and 239 Infantry Divisions, military police units and the Werkschutz station here. On 26 July 1944 Polish Home Army OP-15 composed of 38 inhabitants from the surrounding villages, under the Operation Tempest and command of Franciszek Kochan “Oblonski” freed Iwonicz-Zdroj. Under the name Rzeczpospolita Iwonicka Iwonicz remained until 20 September 1944, i.e. the day when Soviet troops came to Iwonicz. After the war the Peoples Commissariat for Internal Affairs and the Ministry of Public Security of Poland began to imprison people involved in war incidents. Rzeczpospolita Iwonicka was commemorated by a memorial on a rock near the cross in the spa’s centre.
In 1973 Iwonicz-Zdroj obtained town rights.

Would you like to visit Iwonicz Zdroj? Browse the catalog of Poland tours
Check our best tour
2023 dates available
Escorted Tours Poland