Swiebodzin is a little-known Polish town and due to the fact it seems to be unattractive in terms of tourism. However, it is a very interesting place to visit both for leisure travelers and businessmen. The town’s close proximity to Rzepin Forest, Lubusz Lakeland and Gryzynski and Pszczewski landscape parks makes Swiebodzin a great place to rest and relax in, and its location at the crossroads of trunk roads no. 2 and 3 provides good transport for those travelling across western Poland. 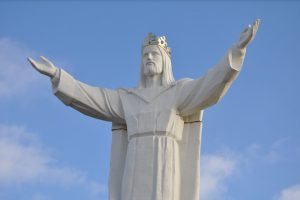 Swiebodzin may boast of many monuments, the most interesting of which are: a former parish school from the beginning of the 17th century, fragments of the town walls and St. Michael church with St. Anna triptych at the main altar, Crucifixion painting and St. Mary rococo altar.
Worthy of interest is a town hall from the 14th century. At first it was wooden, but as a result of one of the great fires was damaged. The town hall has been rebuilt many times, and currently it is a seat of the Regional Museum.
Other worthy a visit places in Swiebodzin are: Mother of God Queen of Poland church, John of Nepomuk chapel and Czeslaw Niemen bench among others.

Swiebodzin is a town located in the Lubusz Voivodeship, on Lagow Lakeland. Currently it is a capital of the county and the commune and its situation on important trade and transport routes fosters the region’s development. It is in Swiebodzin where two crucial Poland’s truck roads (no. 2 and no. 3) cross.
Swiebodzin is currently populated by 21 677 people.

Swiebodzin came into existence in the 13th century and from the beginning has served as a crucial trade centre. In 1320 it was joined to Duchy of Glogow and came under the rule of Price Henry IV. In the second half of the 15th century a clothier brotherhood came into being. It was their products that made Swiebodzin famous worldwide. At the same time numerous hop fields were founded.
The 16th century was a period of disasters. There were two great fires – first in 1500, the second in 1522 – and an earthquake in 1533, as a result of which a black death epidemic outbroke.
The 18th and 19th centuries, on the other hand, redounded to the town’s development. In 1700 the sale of Swiebodzin cloths was boosted and in 1728 the first fabric painting house was set up. In the second half of the 19th century a brown coal mine, a briquette factory and a local gas-works came into existence. At the same time Poznan-Frankfurt (Oder) route and Poznan-Frankfurt railway stretch were built. According to Silesian statistical tables from that period, Swiebodzin was counted among six best industrialized Silesian towns and among three in terms of textile manufacture.
As a result of WW2 Swiebodzin was joined to Poland. At first it belonged to Greater Poland, but nowadays it constitutes a part of the Lubusz Voivodeship.

Would you like to visit Swiebodzin? Browse the catalog of Poland tours
Check our best tour
2023 dates available
Escorted Tours Poland