Andrychow is an interesting town in the Lesser Poland, situated approximately 60 km from Krakow. It is a perfect destination for active tourists. Its location in the Little Beskids with such mountain peaks as Leskowiec and Gron Jana Pawla II (English: Mountain of John Paul II) attracts many enthusiasts of hiking. 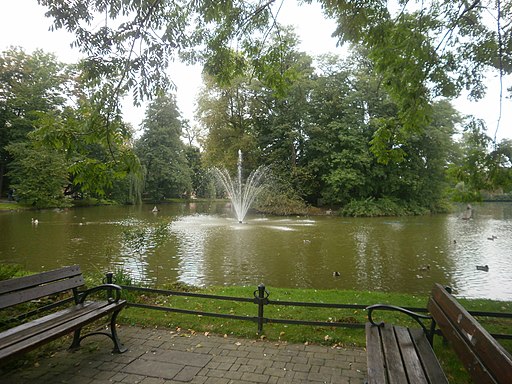 Andrychow is a town with an interesting architecture. The town square is unique, irregular in shape and surrounded by small tenements from the 19th/20th century and the old town has a specific Galician character. Moreover, in the centre there is Andrychow Castle (the Bobrowskis’ Palace), which is surrounded by a park.
Many cultural events take place in Andrychow. The most interesting are: National Open Festival of Amateur Theatres ODEON, PIOSTUR GOROL SONG, Austrian Night, Country Ball, Andrychow Days and Apiarian-Tourist Spring in the Beskids.
The commune’s tourism offer is diversified. Both active and leisure travellers will find something for themselves here. The Little Beskids attract with numerous tourist trails, ski lifts and slopes and the recreation is provided by sports (swimming pools, tennis courts, an ice rink) and entertainment (the Miniature Park in Inwald) facilities.

You can take a trip to Andrychow while on your stay in Krakow.

Andrychow is a town and seat of the commune in the Lesser Poland Voivodeship, in Wadowice County. It is situated in Andrychow Basin, in the Little Beskids, at the foot of Panska Gora mountain, by the Wieprzowka river.
The country road no 52 (Krakow – Bielsko Biala) and the voivodeship road no. 781 (Chrzanow – Lekawica) as well as the railway from Bielsko-Biala to Kalwaria Zebrzydowska and Lanckorona run through the town.

The first records about Andrychow are from 1344, but probably the settlement was established earlier, i.e. in the turn of the XIII century.
The village’s development was impeded because of numerous battles, like Dereslaw’s invasion of neighbouring Zator. Andrychow started to grow only when Polish kings came into possession of Zator, i.e. in the second half of the 16th century. Another slowdown of Andrychow’s growth was caused by Swedish troops invasion in 1665; the village was then robbed and burnt down.
In the early 18th century many craftsmen came to Andrychow. They were among others weavers from Belgium, Silesia and Saxony. From then on the significance of Andrychow gradually grew; it received privileges and institutions that were characteristic of a town. However, Andrychow became a town only in 1767.
As a result of the First Partition of Poland, the town was annexed to Austria and in 1823 it received a privilege confirming the town charter in new political conditions.
On 31 October 1918 the Polish Liquidation Committee became the authority in Krakow and the authorities of Andrychow submitted to the Committee.
In the interwar period Andrychow became known as a tourist resort. It was electrified, the network of canals was expanded, local roads and pavements were fixed and a pool and sports stadium were erected.
During the occupation Germans impoverished Jewish an Polish culture in Andrychow and in September 1941 they created a ghetto here. On 27 January 1945, after short fights, Soviet troops entered the town.
Since 2005 the town has been developing as an industrial, cultural and tourist centre.

Would you like to visit Andrychów? Browse the catalog of Poland tours
Check our best tour
Escorted Tours Poland